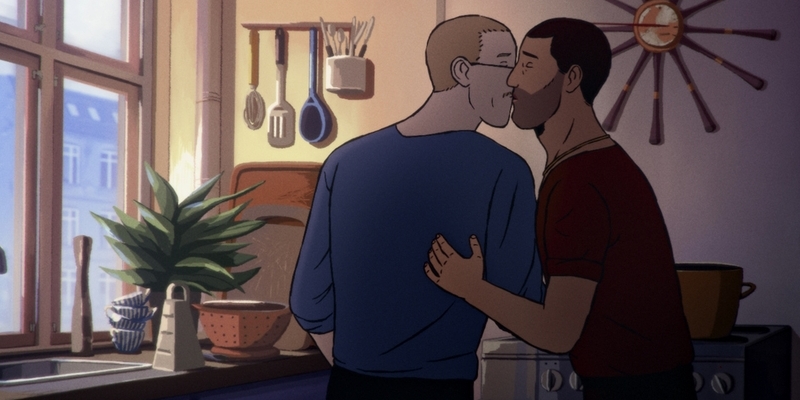 This awards season has the regular frontrunners and blockbusters included in the mix, but one film that has taken critics and cinema goers by storm is animated docudrama, Flee. Executive produced by Oscar-nominee, Riz Ahmed and Nikolaj Coster-Waldau, Flee is the true story of Amin Nawabi, an Afghan man living in Demark who was forced to flee his native country when extremist militants begin to attack “non-believers” in Kabul. Not only does Amin have to grapple with the challenges of being a refugee and seeking asylum in a safe country, but he also comes to terms with his sexuality as a gay man. Flee marks itself as both a statement on the trials and tribulations that come with fleeing war-torn homelands and having to find a new place to call home, while also serving as a complex character study as Amin’s unique perspective is one that has clearly touched and resonated with many viewers.

The film is directed by Jonas Poher Rasmussen who is credited as a writer alongside the film’s subject, Amin Nawabi. It is apparent that the two have known each other for a while, which makes the film lovely to watch as they have a wonderful rapport. Rasmussen doesn’t pressure Nawabi into saying anything he isn’t comfortable saying, and even asks him to reflect on his childhood first before discussing anything that may be uncomfortable for him. The rapport between the two men is great and means that the script itself and the discussions have a natural flow and work well with the animation format, as we are able to see the world through Amin’s eyes. By using animation, Rasmussen is removing his own presence and placing more emphasis on Nawabi and ensuring that the story is at the heart of the film and the main focus, rather than the usual format of following a subject round with a camera.

The animation style is incredible, and it’s great to see the film included in the Best Animated Feature race at the Oscars. What makes the animation such a huge draw for the film is how the animators change the style depending on what is being said. The film opens up with an abstract and minimalist animated segment of people running away. This segment turns out to be the fabricated story that the traffickers told Amin to tell the Danish authorities in order to gain asylum and lends itself to the idea that the animation is not clear and complete. This contrasts to the majority of the film that has bright and vivid animation with clear-cut lines and plenty of vibrancy and movement throughout to indicate the certainty of Amin’s story.

The music is composed by Uno Helmersson and it is so expressive in that it feels as though it reflects the emotions that Amin is going through. Incorporating elements of Afghan-inspired sounds with dramatic pianos and violins, it seems as though Helmersson has used Amin as the inspiration for the music and transferred his identity and his story into the music itself. The track “Running Hiding” plays as Amin and his family desperately try to avoid capture from the militants with fast-paced bells to signal the intensity of the situation. This is immediately followed by the deeply melancholic, “Fleeing Kabul”, which places more of an emphasis on the sadness of having to leave home and not knowing where to go.

Flee has been listed as one of the best films of 2021 and with good reason. The combination of animation and documentary is seldom seen but works beautifully to tell Amin’s story. What Rasmussen and Nawabi achieve is a film that has a powerful message that is also innovative in the way that it is made. The great thing about films is that they allow us to learn from other people and hear their stories, and Amin’s story is one of huge importance in a landscape where so many people struggle to find a safe place to belong.

What did you think of Flee? Let me know in the comments below!