Going into the 92nd Academy Awards, it seemed that pretty much every category was a lock. Joaquin Phoenix was favoured to take home the Best Actor gong for Joker, Renee Zellweger winning Best Actress for Judy and Sam Mendes was the strong favourite to win Best Director for 1917 with the latter ultimately winning Best Picture. How much the Academy surprised us then when the Best Director trophy was awarded to Bong Joon-ho for Parasite and then his film won the Best Picture award, beating the odds. Personally I was very happy as I had placed a bet on Parasite to win so there was a monetary reward for myself but the happiness goes to another more serious level. 1917 is a prime example of a quintessential award film. Don’t get me wrong, 1917 is a brilliant film that is full of revolutionary technical achievement, particularly Roger Deakins’ cinematography but it is no secret that the Academy and other Western award bodies have a love affair with war films. So much so that it has become a running joke in the film industry that to win awards, you have to make or star in a war film.

For those who are not in the know, Parasite is a Korean film exploring classism and inequality in a society that only benefits the rich and leaves those poorer to live in the gutter (quite literally). It has been the source of much hype since its premiere at last year’s Cannes Film Festival where it won the top prize, the Palme d’Or, in a rare unanimous vote, marking the first Korean film to win the prestigious award. Korean cinema is among the best in the world and has been a leading institution for years for filmmakers and film lovers and it felt like it was finally getting its due in the mainstream. Bong Joon-ho has previously delved into English-language with Snowpiercer (2013) and Okja (2017) which have become much-loved modern classics and released to acclaim; however, I think it’s poignant that Bong’s ascendance to the global audience has come from a Korean-language film that explores Korean society. It is very much detached from Western society in both its subject matter and filmmaking technique, allowing Bong to direct without the restrictions that Western studios demand. The fact that a film like Parasite, a film that is inherently unique in its style and content can beat a film like 1917 shows that there is an appetite for a different kind of film experience. It also shows a promising step forward in what audiences now expect. Naturally, franchises such as the Marvel and DC films still top the box office but Parasite concrete proof that people want more variety in the cinemas as well. Parasite’s subsequent box office success after its award wins confirms this. Now that it’s been given the chance to screen in more cinemas, it’s been able to demonstrate that there is an audience who want to watch foreign-language films, snubbing the assumption that Western audiences don’t want to watch films with subtitles. 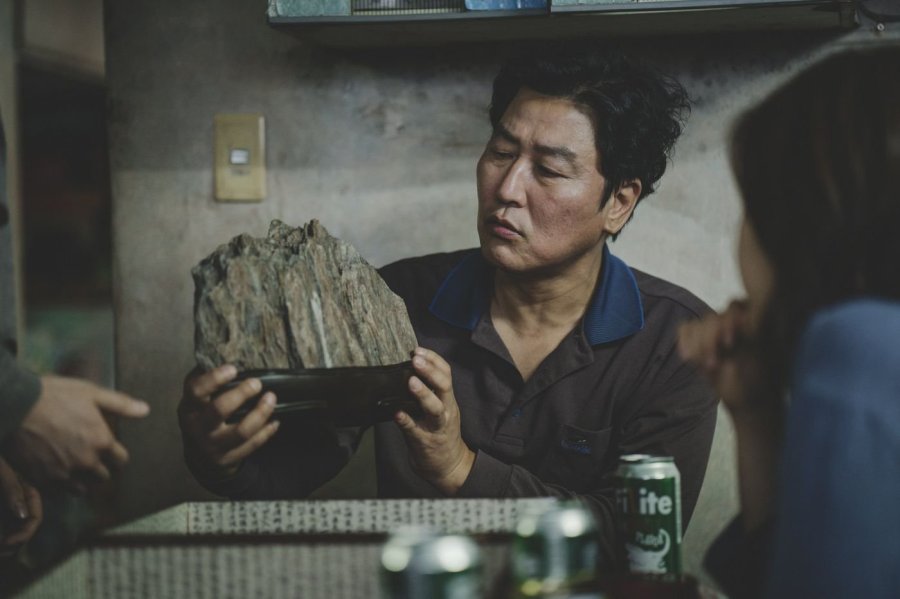 There are many people who dismiss award season as pointless and dim, viewing it as celebrities patting themselves on the back. I don’t think it is as simple as that though. The truth is people do pay attention to awards season and follow the films that are successful. Of course, a lot of time there are the usual suspects who are nominated time and time again, sometimes undeservedly but when you have a film like Parasite that isn’t given the same chance as a mediocre English-language film then the exposure that award season brings is crucial for the film’s box office success.

Overall, there were some brilliant films this award season but Parasite was the clear standout. The fact that it won the major awards is a sign that the Academy is looking at artistic merit and not just succumbing to making it a popularity contest. Parasite’s win may not seem significant but the importance cannot be understated. Hopefully this will spark the beginning of an awards body that seeks to be more inclusive and diverse, giving all films an equal chance.

Here are my reviews for some of the films of the 92nd Academy Awards:

Nominees: A Beautiful Day in the Neighborhood, Bombshell, The Irishman, The Lighthouse, The Two Popes

What did you think of Parasite’s winning streak at the Oscars? Let me know in the comments below!