With the hype of awards season in full swing, I thought I would take a look back at some older favourites of mine. Inspired by the Judy Garland biopic, Judy, what better way to connect the current awards season with a favourite classic of mine and discuss the wonderfully magical The Wizard of Oz (1939). Commonly seen as the film that propelled Judy Garland to stardom at the tender age of 16, cementing her legacy in Hollywood for years to come. The film is adored by fans of all ages and a regular watch at Christmastime. Following Kansas teen Dorothy Gale who is whisked away in a tornado along with her dog, Toto and landing in the mysterious land of Oz. Dorothy must team up with the unlikeliest of friends and find the great Wizard to find her way home. The film was mainly directed by Victor Fleming who left the production to direct Gone With the Wind and the remaining work was taken over by King Vidor. The screenplay was written by Noel Langley, Florence Ryerson and Edgar Allan Woolf and based on the classic children’s book The Wonderful Wizard of Oz by L. Frank Baum, The Wizard of Oz is a masterclass in classic Hollywood cinema.

Judy Garland is absolutely breathtaking as Dorothy. Probably one of the most perfect casting choices in film history. From her brilliant expressions and sheer talent for being an all-rounder, it’s hard not to feel moved by Garland’s performance, particularly when she sings “Over the Rainbow”. Garland’s background and the tragedy behind her experience filming this is well-known. The trauma Garland went through during the filming was sure to have had a lasting effect on her for the rest of her life. This makes the performance even more heartbreaking watching in retrospect. Dorothy has enough bravery and courage to face her enemies and stand up for herself but there is still vulnerability there and a maturity that makes her seem older than her years while at the same time bringing in that childlike innocence. 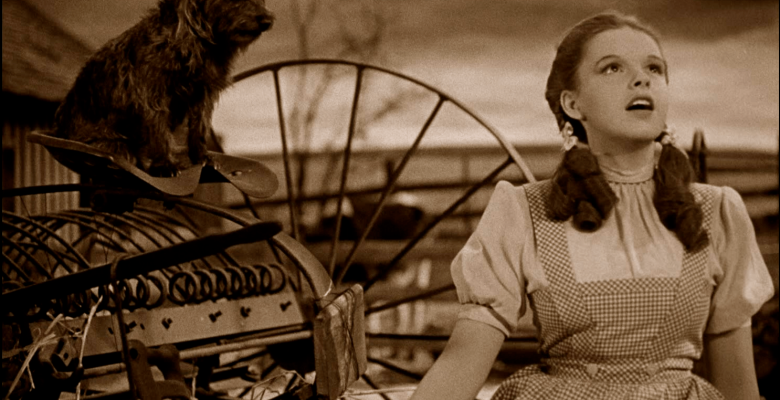 In terms of the supporting cast, the most iconic comes in the form of Margaret Hamilton’s brilliant turn as the Wicked Witch of the West. She’s just a plain nasty character and her only motive is ensuring that Dorothy doesn’t succeed in her quest. Hamilton’s voice and characterisation is a performance of legend and has resulted in one of the most identifiable villains in film history. Whether it is one of her trademarks such as “I’ll get you, my pretty, and your little dog too” to the iconic melting scene in which we see the Wicked Witch defeated after Dorothy throws a bucket of water over her. Out of the three friends, my favourite is the Cowardly Lion (Bert Lahr), mainly because I love the costume design so much and his performance of the song “If I Were King of the Forest”. It’s a film that is rich in distinguished characters that, although simple, does a good job of giving them enough screen time to be distinguishable.

I don’t know where to begin to talk about my love for the use of colour in this film. Aside from being iconic thanks to its amazing switch from black and white to brilliant technicolour with the simple opening of a door. There is so much to look into beyond Kansas representing the normal and dreary everyday and Oz being somewhere completely different. The location and setting for Kansas is natural with realistic looking prop whereas Oz is crammed full of fake creations. Munchkinland in particular is the epitome of the Oz aesthetic. It makes for a fantastically striking entrance into the land of Oz. Maybe it’s because we’re adjusted to the black and white set up that makes the colour pop out the screen even more, the design of Oz is truly spectacular. Also, the use of colour for the characters is beautifully done. From the contrast between the ruby red slippers that Dorothy wears with the Wicked Witch’s green skin and the metallic hue of the Tin Man’s paint with the Cowardly Lion’s golden mane. Oz is a land that although entirely built from imagination, also includes a multitude of texture.

I’ve already touched on the music before but it deserves a section on its own. The film is crammed full of brilliant songs that have stood the test of time. Undoubtedly, “Over the Rainbow” is the most popular but most people would also be able to sing or hum along to the likes of “Ding-Dong! The Witch is Dead” and “If I Only Had a Brain”. It is undeniable that Garland’s voice is beautiful and flawless, striking the perfect amount of emotion in her songs. Looking through the soundtrack, it is amazing to think that so many songs have gone down in cinema history as classics. A lot of the legacy from The Wizard of Oz comes from its Academy Award winning score by Herbert Stothart. Not to forget that “Over the Rainbow” also won the Oscar for Best Original Song for Harold Arlen and Yip Harburg. It’s a whimsical soundtrack that allows its audience to escape to Oz with Dorothy.

I am sure given that I love films like Snow White and the Seven Dwarfs and The Red Shoes that I am just as fond of this one. The Wizard of Oz is an outstandingly beautiful cinematic achievement and a prime example of a film that is suitable for all ages and all cinematic tastes. It is a film that combines drama, comedy and musical while also not fearing to delving into themes of loss and friendship. Dorothy is ultimately on a journey to finding out who she is and discovering her place of belonging. It’s this relatability that makes the film so identifiable with audiences around the globe.

What do you think of The Wizard of Oz? Let me know in the comments below!